The main attraction of Buenos Aires is the fusion that it achieves between the European style and the Latin American flavor. It is divided into 48 neighborhoods, many of which have become the representative face of the city for its own characteristics and authenticity. It is in La Recoleta, La Boca, Montserrat, San Nicolás, Palermo, Belgrano, San Telmo, Retiro and Puerto Madero, where many of the main points of tourist interest are concentrated.

The Greater Buenos Aires, as it is known to the metropolitan area, has incorporated beautiful places to the urban spot, such as Tigre and its impressive natural landscapes, as well as San Isidro and its charming historic center.

This monument located at the intersection of 9 de Julio Avenue and Corrientes Avenue, in the San Nicolás neighborhood, is definitely the symbol of the city. With 63 meters of height, it was built with the purpose of celebrating the 400 years of the first foundation of Buenos Aires. It is located on the site where the Argentine flag was first hoisted, and at present, it has a viewpoint at the top from where a beautiful view can be seen.

Headquarters of the Executive Power of the Argentine Republic, the Casa Rosada is the result of the merger of the old buildings of San Miguel Castle and the Post Office Palace, both modified over time to give them their current image. Today, this site in the Montserrat neighborhood houses the Government House Museum and has been declared a National Historic Monument.

Lovers of arts and music find an incomparable venue at the Teatro Colón. Recognized as one of the best theaters in the world and with an enviable acoustics, this opera house is decorated in French style and has seats distributed in horseshoe shape. After having been remodeled in order to restore its splendor, it was reopened in 2010 as part of the celebrations of the Bicentennial of Independence. It is also the headquarters of the Philharmonic Orchestra of Buenos Aires and is located in the neighborhood of San Nicolás.

Located in the Retiro neighborhood, this site witnessed important historical events, such as the battle against the English during the second invasion in 1807. At present, Plaza San Martín has very beautiful architectural examples, such as the Palacio de San Martín and the Monument to the Fallen ones, this last one in honor to the deceased before the attacks of the Anglo-Saxons. Ironically, it is also home to the Monumental Tower, which was ceded by the United Kingdom as part of the celebrations for the centennial of Argentine independence.

This neighborhood is distinguished by being the largest and the one with the largest number of parks in the metropolitan area. In turn, it is subdivided into unofficial zones, but each with its own distinctive seal and atmosphere. Palermo Chico has elegant residences and is the site of the Lagos de Palermo, the Japanese Garden, the Botanical Garden and the famous Hippodrome of Buenos Aires.

For its part, Palermo Soho is where the most popular shops and consumer centers in the area are concentrated, especially in the streets of Honduras and Serrano. Palermo Hollywood is another division of the neighborhood, owes its name to the large number of television and audiovisual producers that have been established there.

Its name derives from the Convent of Los Padres Recoletos of the Franciscan order that was installed at the end of the 18th century. It has a large number of museums, galleries and cultural centers, being one of the most elegant places in the entire city. Plaza Francia, Plaza Mitre, the Floralis Generica sculpture, the National Library, the acclaimed bookstore El Ateneo Gran Splendid and the Basilica of Nuestra Señora del Pilar, are some of the places of interest you will find during your walk through La Recoleta.

Located in the neighborhood of the same name, this cemetery has imposing mausoleums, vaults and sculptures that adorn the tombs. It is where the remains of prominent personalities in the business world, sports, literature, sciences and national politics rest, including the acclaimed Evita Perón.

Its current design is due to the obsession of wealthy families to have the best place to die, which created an interesting contrast recognized today by its visitors. Some of its mausoleums have particular histories, thus enriching their appeal.

In this building different expressions of art are performed, such as theatrical performances, concerts and recitals. It has an amphitheater, a small cinema, an auditorium and exhibition halls. It stands out because originally it was the temple of the Recollect monks, being the construction from which the name of the neighborhood to which it belongs is derived: La Recoleta.

Born first as a small town, this area used to be a city independent of Buenos Aires. After having been for some time the Federal Capital, Belgrano was annexed as a neighborhood in the year of 1887. It stands out for its architecture of different styles, such as French and English. It also has many parks and modern departmental buildings. Some of its most outstanding buildings are the Parish of the Immaculate Conception, the Barrancas de Belgrano and its museums.

The history of this football stadium was consecrated to have been the scene of the 1978 World Cup final, when Argentina was proclaimed champion in his own home. At present, it is the home of River Plate, one of the teams with the largest number of followers in the country. It is also usually the place where the official matches played by the national team are held.

Being a subdivision of the Barrio of Belgrano, this section founded by Taiwanese immigrants is an unmissable point to enter the Asian culture. In addition to restaurants and souvenirs, it is distinguished by the celebration of the Chinese New Year, an event that gathers thousands of people to observe the colors of the place and appreciate the dance of the Dragon.

This neighborhood is part of the Old Quarter of Buenos Aires. It houses buildings of great historical value, cobblestone streets and a predominantly Bohemian atmosphere. Its main attraction is Plaza Dorrego, around which there are quiet cafes and restaurants. Another characteristic of San Telmo is the tango present in several of its consumption centers.

The neighborhood of San Telmo is a reference in the sale of antiques, as its flea market every Sunday receives several visitors in search of objects and artifacts with history.

It treasures works of recognized international artists, such as Joan Miró, Salvador Dalí and Pablo Picasso. It also has a collection of paintings made by talented Argentines, from 1940 to the 21st century. It is located in an English architecture building typical of the industrial revolution, in the neighborhood of San Telmo.

Without a doubt, one of the must-see sites for history lovers. In this museum is a collection of objects that illustrate the different stages through which the country has crossed, including furniture, war uniforms and other interesting utensils.

This area is the oldest in the city, where the buildings erected are concentrated when Buenos Aires was founded for the second time. Besides having witnessed important events in Argentine history, it is the neighborhood where the "Manzana de las Luces" is located, a section that owes its name to the educational institutes established there. Below its buildings there are tunnels whose origin continues to be an enigma.

Comic lovers adore this pedestrian passage full of the most representative characters of the national cartoon. The figures are in fun positions for tourists to take as many photographs as they wish. Among all highlights the unforgettable Mafalda, a girl who at her young age challenges the world of adults with their progressive thoughts. It is located in the Montserrat neighborhood.

This venue pays homage to the musical rhythm that identifies Buenos Aires. It exhibits pieces belonging to the greatest tango performers, in addition to showing chronologically the evolution of the genre to what it is today. It is located next to the Academia Nacional del Tango, above the Café Tortoni, in the Montserrat neighborhood.

Puerto Madero is a modern and exclusive place. Its view of the river, the levees that make it up, the offices installed, the residential area and its infrastructure, make it one of the neighborhoods with the highest added value in Buenos Aires. The Puente de la Mujer, the Parque Mujeres Argentinas and the Costanera Sur Ecological Reserve are some of the most emblematic sites of Puerto Madero. In addition, it is full of restaurants, bars and nightclubs of great sophistication.

Old port where European immigrants settled, especially Spanish and Italians. The typical houses of wood and zinc stand out, painted in a wide range of colors due to the fact that paint and wood residues were used to build the boats. A place to go on foot is the Caminito, where formerly the train tracks were located, and which has now been integrated into the urban landscape as a space for artists and tango dancers.

Known as La Bombonera, this horseshoe-shaped stadium is home to one of the most iconic soccer clubs in Argentina. In addition to having witnessed the impressive plays of Maradona, is the headquarters of the Museo de la Pasión Boquense, ideal for fans to learn more about their favorite team. It is located in the La Boca neighborhood.

Located on the outskirts of Buenos Aires, on the banks of the Río de la Plata, Tigre is a luxury residential area where a beautiful natural reserve is located. In the far north is the Delta del Paraná, also known as Delta de Tigre, very popular among locals to spend the weekend making bike tours, picnics or just for a walk. There are several attractions such as the Tren de la Costa, Paseo Victoria or Puerto de Frutos.

San Isidro is located on the northern outskirts of Greater Buenos Aires, a few kilometers from the Federal Capital. It is a town with its own Casco Antiguo that is adorned by a neo-Gothic cathedral and other beautiful buildings around Plaza Mitre, its main park. It also has a green area on the banks of the River Plate, museums and other attractions to discover. 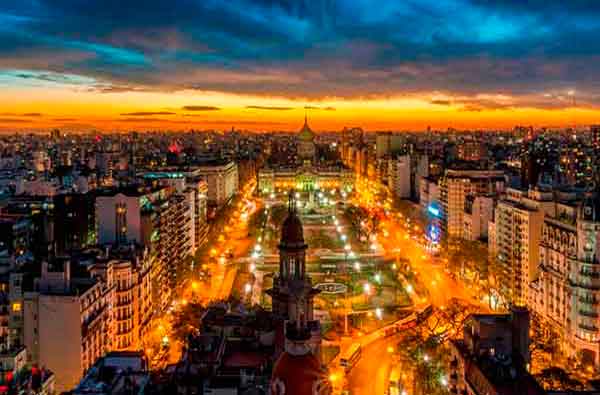 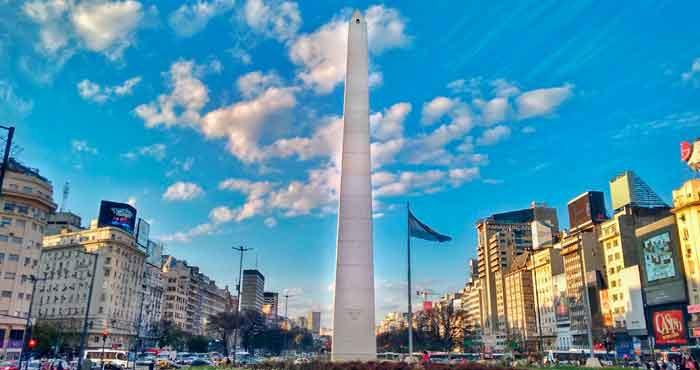 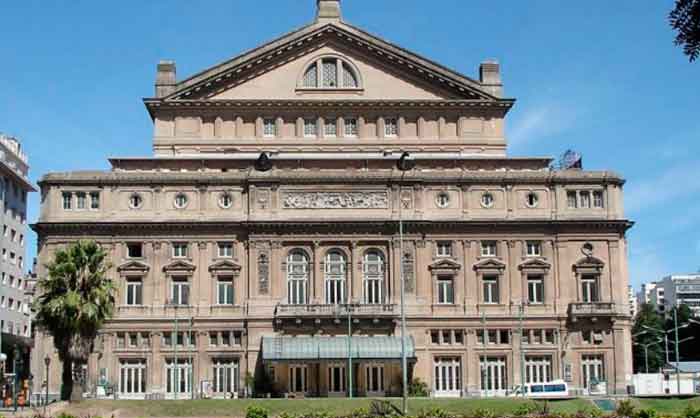 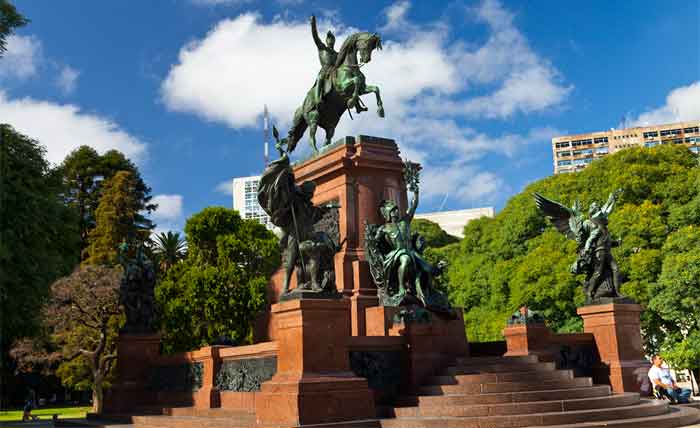 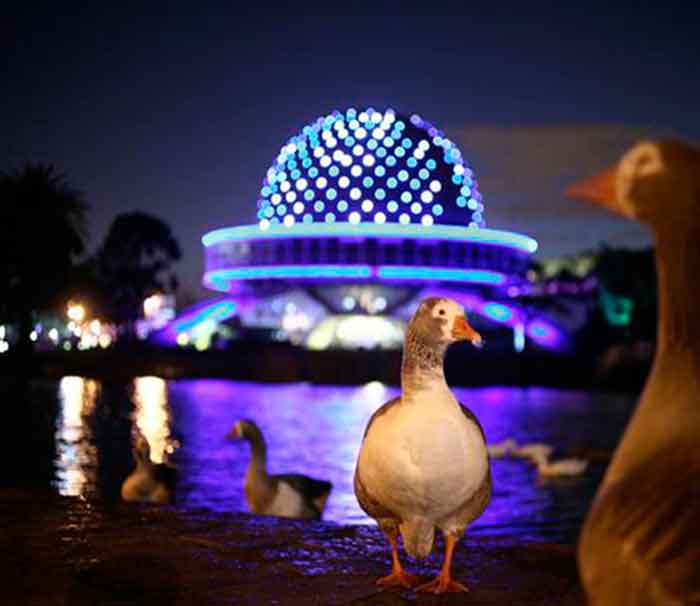 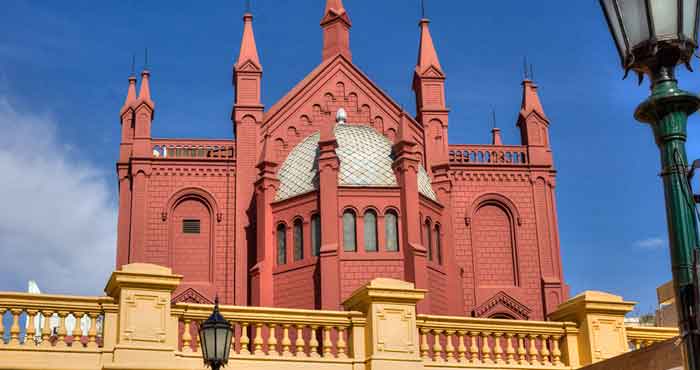 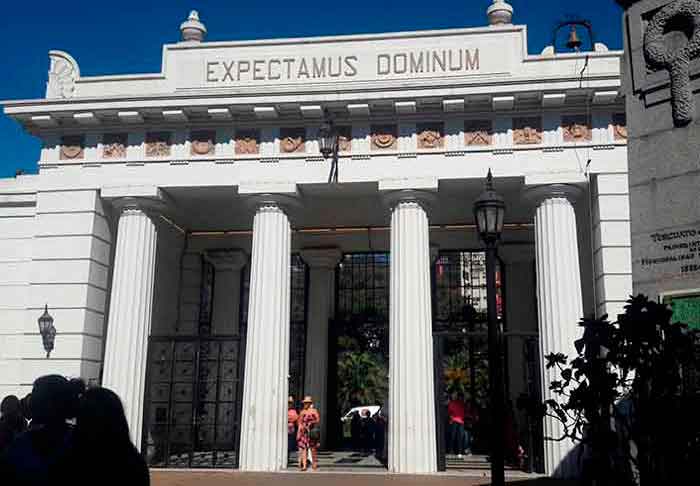 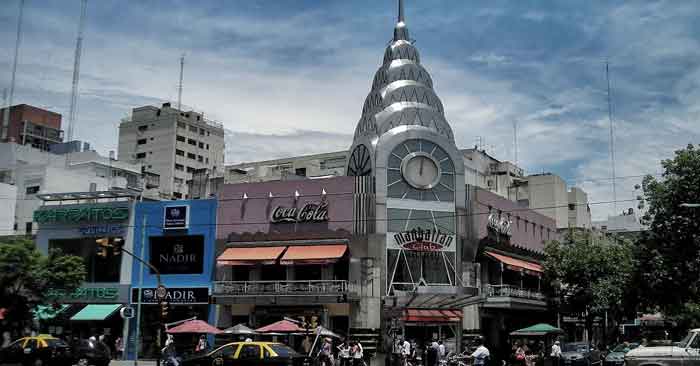 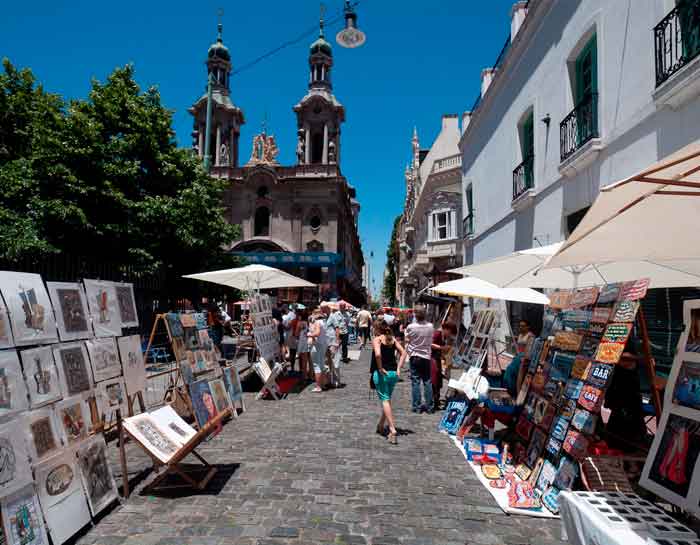 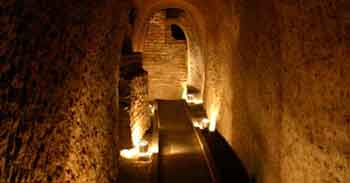 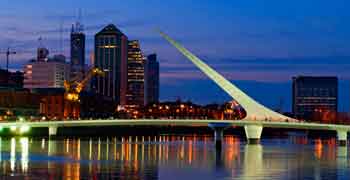 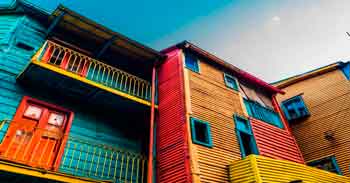